Are professional wrestling and YA literature really that different? 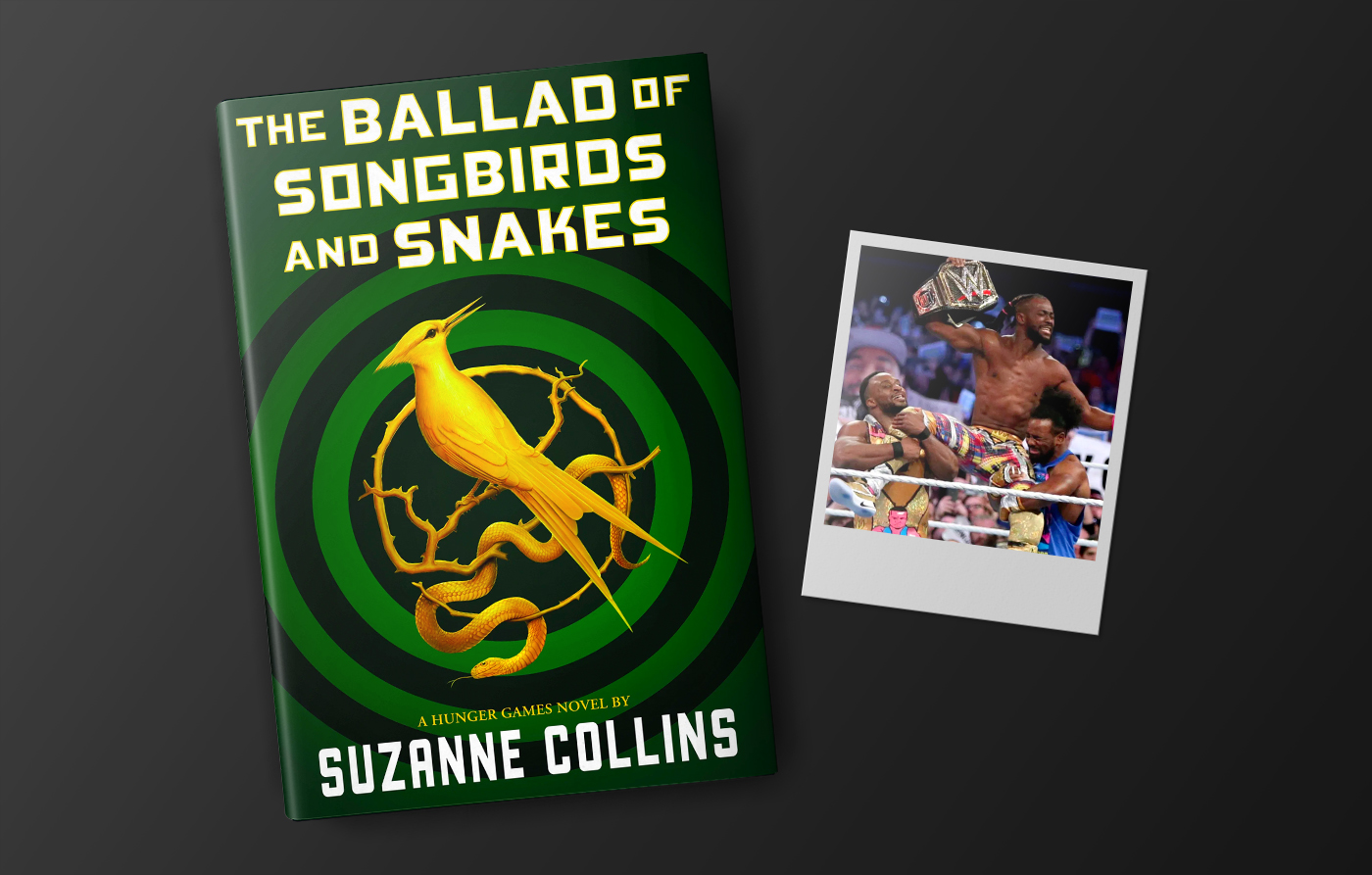 Understandable characters, engaging storylines … is YA that different from professional wrestling?

On April 5, 2019, I sat with 80,000 like-minded professional wrestling fans in MetLife Stadium at WWE WrestleMania 35. We watched Kofi Kingston be crowned the first African-born WWE champion, and Becky Lynch win the Raw and SmackDown Women’s championships in the first-ever all-female main event in the event’s long history.

Earlier that same year, I sat in a Waterstones café with around fifty like-minded YA readers at a VE Schwab tour stop promoting the re-release of her debut novel, The Near Witch.

Despite wildly different atmospheres and demographics, when I look back at both of those days, I can’t help but think of the similarities between both experiences.

Whether we were there for professional wrestling or there for a favorite author, we were all enthusiastically and un-ironically loving what we love.

I’ve recently written about the fact that reading has become more of a solace for me than ever before over the last year or so; it’s something that I can turn to to escape the real world — opening a YA book, regardless of its genre, and falling into the story, engaging with the characters, is a welcome respite from real life.

And it’s the same with wrestling.

Every week when the newest episode of All Elite Wrestling (AEW) airs, I find myself tuning out of what’s happening outside my window for two hours, instead of catching up with my favorite characters and storylines.

Escapism isn’t something that’s exclusive to either YA or wrestling, but I find that the way in which the characters and storylines allow me to escape are uniquely their own.

When reading YA, particularly fantasy or science-fiction, you often find yourself engaging with the characters quickly and easily. YA writers have a particular talent for creating characters who we can see ourselves in, who we can easily latch onto and follow along in their journey towards their end goals.

Week-to-week, wrestlers have to keep us entertained and engaged enough to want to tune back in on the next episode.

From the late-1990’s when we tuned in to see “Stone Cold” Steve Austin triumph over the tyrannical boss of the WWE, Mr. McMahon, to watching fan-favorite underdog Daniel Bryan overcome all of the odds in 2014 to prove himself worthy as the best, we’ve always been able to latch onto the characters portrayed by our favorite wrestlers the same way that we’ve been able to connect with our favorite YA characters.

No matter what your interests are before dipping into either YA or professional wrestling, it’s heartening to know that you’re going to find something that you enjoy.

Despite usually being branded as a “genre,” when you step into a bookstore and browse the YA section, it becomes quickly clear that YA is not a genre–instead, it’s every genre. If you like contemporary realism you can look at authors such as Robyn Schneider or Adam Silvera, or if you’re more interested in fantasy you can find your way towards Leigh Bardugo or Tomi Adeyemi.

It’s much the same with wrestling; you can find hard-hitting, realistic wrestling in New Japan Pro Wrestling, you can find more character-based storylines in WWE, or you can find a mix of both in AEW.

Even within companies, there’s so much to be found. In WWE you can find realistic characters like current WWE champion Drew McIntyre, but also more horror-based storylines and characters such as “The Fiend” Bray Wyatt, who psychologically plays mind-games with his opponents in the lead-up to headline matches.

But the similarities aren’t always only the good things. Both YA fiction and professional wrestling occasionally find themselves relying on the past, on successes from times before, and trying to replicate those successes today.

Around the beginning of every year, wrestling fans groan as stars of yesteryear are brought back into the forefront of the product in an attempt to bring in more viewers ahead of WrestleMania.

Whether it’s been a deteriorating The Undertaker for the past few years, or Bill Goldberg this year, WWE has always had an issue with undermining the current product and modern stars in favour of reminding fans and casual viewers of the things that they used to enjoy twenty years ago.

When thinking about that, I can’t help but think of certain YA trends we’ve seen recently.

Prequels of books we loved years ago such as The Ballad of Songbirds and Snakes, re-told favorites from the mid-2000s like Midnight Sun, or the insistence on re-releasing other major YA franchises from the past multiple times a year — like professional wrestling, YA publishing knows that nostalgia sells, but maybe not always for the best.

There is so much to be explored in both YA and wrestling, and I feel like I’m always advocating for looking at the future rather than relying on the past.

In that vein, while falling on the past, there are also similarities to be found in the way that wrestling and YA — if sometimes slowly — find themselves moving into the present and looking at the future.

While maybe not evident at the time, it’s clear when looking back that both YA and wrestling are constantly undergoing huge changes.

Over the last few years we’ve seen a huge, and well past due, shift towards focusing on diversity in YA literature, and it’s something that, while slow and somewhat stilted at times, has become a big part of the landscape. When looking at bestseller lists, we don’t have to scour the lower numbers for the one writer of colour, and LGBTQ+ characters are generally no longer exclusively secondary or tertiary characters with little to do except be gay.

Similarly, in the wrestling world, we’ve seen an evolution in women’s wrestling.

In the past, women’s wrestling generally hasn’t been taken seriously or had much focus put on it whatsoever — although brief glimpses can be pointed to, with wrestlers like Lita and Trish Stratus in the mid-2000’s as an obvious exception. From the 1990’s until — shamefully — 2016, the WWE “Divas” division (as it was then known) often featured limited characters who were given very little time or opportunity, if any, to showcase their talents.

But over the last few years, we’ve seen a massive push in wrestling to promote female wrestlers and give them the opportunities that they deserve. From pioneers like AJ Lee to current stars Sasha Banks and Bayley, the push that women’s wrestling has received has, like diversity in YA, been long overdue and has taken the stage by storm. So much so that, as I mentioned in the intro to this article, we finally saw women headline WWE’s flagship event, WrestleMania in 2019.

When it comes down to it though, what I’ve come to realize is that at their cores, despite generally being culturally looked down on, neither professional wrestling nor young adult literature try to be anything that they’re not.

Fans of both know and understand that critics are going to push aside our interests, the things that we enjoy and which shape our lives, because of some wild idea that entertainment can only be enjoyed by certain groups of society.

And the main similarity between wrestling and YA? We’ll continue to love what we love anyway.

Michael Burns
Michael is a graduate of the University of Stirling with a degree in English Studies. When he's not juggling reading four books at once, you'll probably find him exploring medieval castles around Scotland.
Related Reads • You'll enjoy these too ...